Mountain Ranges in Himachal Pradesh and nearby 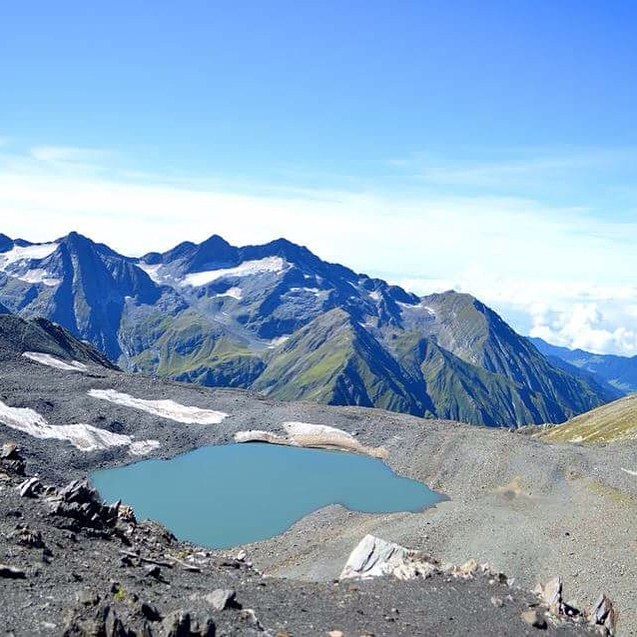 Pir Panjal mountain range extended from Patni top at Jammu to Chamba, kullu and laula spiti region of Himachal Pradesh and till Gharwal region of Uttrakhand.

Meaning of Dhaula Dhar is white range. Dhauladhar mountain range rise from the Chamba and Kangra distt of Himachal Pradesh. Shepherds of Kanga and Chamba depends on grazing fields of Dauladhar mountain range for their folks.
Dhauladhar range range rise from Dalhousie in Chamba at the northwest of Himachal Pradesh and extended in Himachal along with Beas river, extended till Badrinath in Uttrakhand.

Mountain range elevation from 3500 meter to 6000 meter extended from Beas river near Beas kund at Manali and then extended to Mandi and joins Pir Panjal near Bada Bhangal valley and then extended to Chamba.
Distinctive profile of Dhauladhar range is seen best in Kangra valley on Himachal Pradesh, where it stood vertically in front of flat valley.

Some Peaks of Dhauladhar Mountain range as –

Mountain range Zanskar lies between Ladakh and Zanskar valley. Zanskar mountain range is extended for 100 km. Average altitude of range is 6000 meter from sea level and belongs to trans-Himalayas.

Elevation of Mountain of Zanskar range varies from 3500 meter to 7000 meter from sea level.
Zanskar river flows along with range and create narrow gorge.

Mountain Peaks of Zanskar Range as –

Highest Peak of Zanskar mountain range is Kamet peak at the altitude of 7750 meter or 25575 feet from sea level.

Now the road trip through Zanskar valley and mountain range open in 2019, which is consider one of the amazing road trip of Himalayas. Road trip joins Keylong of Himachal Pradesh with Kargil of Ladakh UT. Road open from July to October. Shinkula Pass at the altitude of 5000 meter or 16500 feet from sea level. Road between Keylong to Kargil is 450 km takes 3 to 4 days ride.

Itinerary for road trip to Zanskar.

Altitude of Ladakh range between 4800 meter to 6000 meter from sea level with no major peak. Khardung la pass is world highest motor-able road and very famous tourist spots among tourist travelling to Ladakh

Procedure and way for paragliding activity